Eriksson’s earth-based jewelry and sculptures derive from her career in geological research and education that led her to live and study in South Africa, Zimbabwe, Australia, and Singapore. As a faculty member and curator of gemstones and minerals at a U.S. university for over two decades, she interpreted the significance of these natural objects and contemplated their innate beauty. Influenced extensively by her experiences as a scientist, her aesthetic is imbued with a visual vocabulary and conceptual impetus gleaned from geology.

Eriksson conducted mineralogical research during her graduate study. While on a research leave in Australia, she began an independent apprenticeship in metalsmithing which she continued following her return to the U.S.. This venture into jewelry fulfills her need to ‘talk about’ earth’s materials while making lovely and interesting stones available to you.

Susan Eriksson is a member of 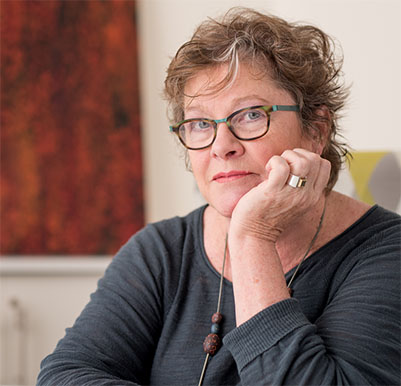