After extrusive rocks form on the surface of the earth, rain falls onto them and filters down through the rock. The water dissolves minerals along the way and redeposits other minerals in other places. Silica, in the form of microcrystalline quartz, is often the product of this process. This jasper, colored a warm caramel brown to dark red formed in this way in volcanic rock. It is known as the Owyhee Jasper and is from the Owyhee Canyon, known for its complex markings. Larger pieces are known as ‘picture jasper’.

The history of the name of Owyhee Canyon is interesting. Several crew members of either Captain Cook or Captain Van Couver or an anonymous fur trader hailed from Hawaii came along on the expedition – probably glad to get off the ship for a few days. They liked the area and settled there – and Owyhee is more like ‘Hawaii’ is an nineteenth century spelling for Hawaii. 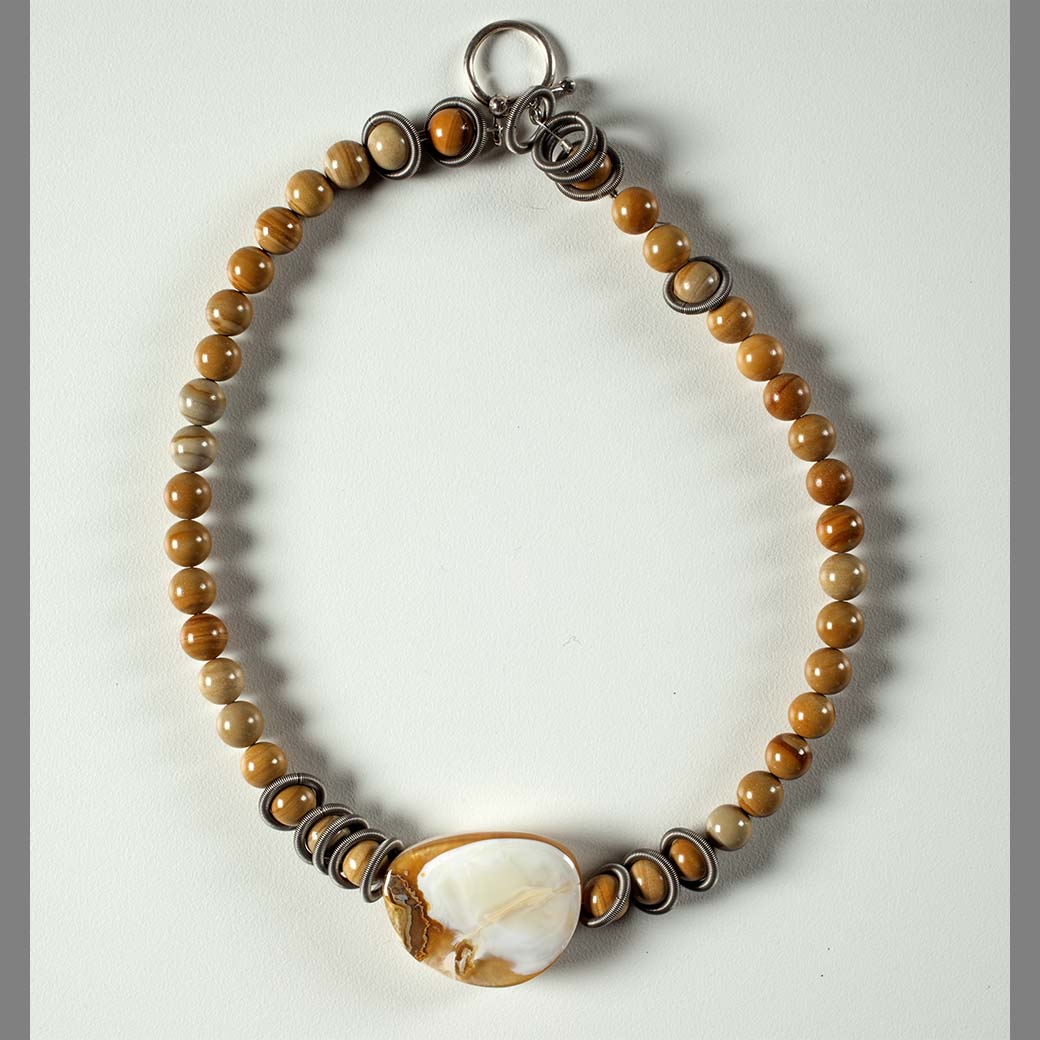