These pure white beads are from the Pridey Agate Beds of central Oregon, well known for the brownish ‘polka dots’. This Snow Drift agate does not show banding but is cut from the same rock. 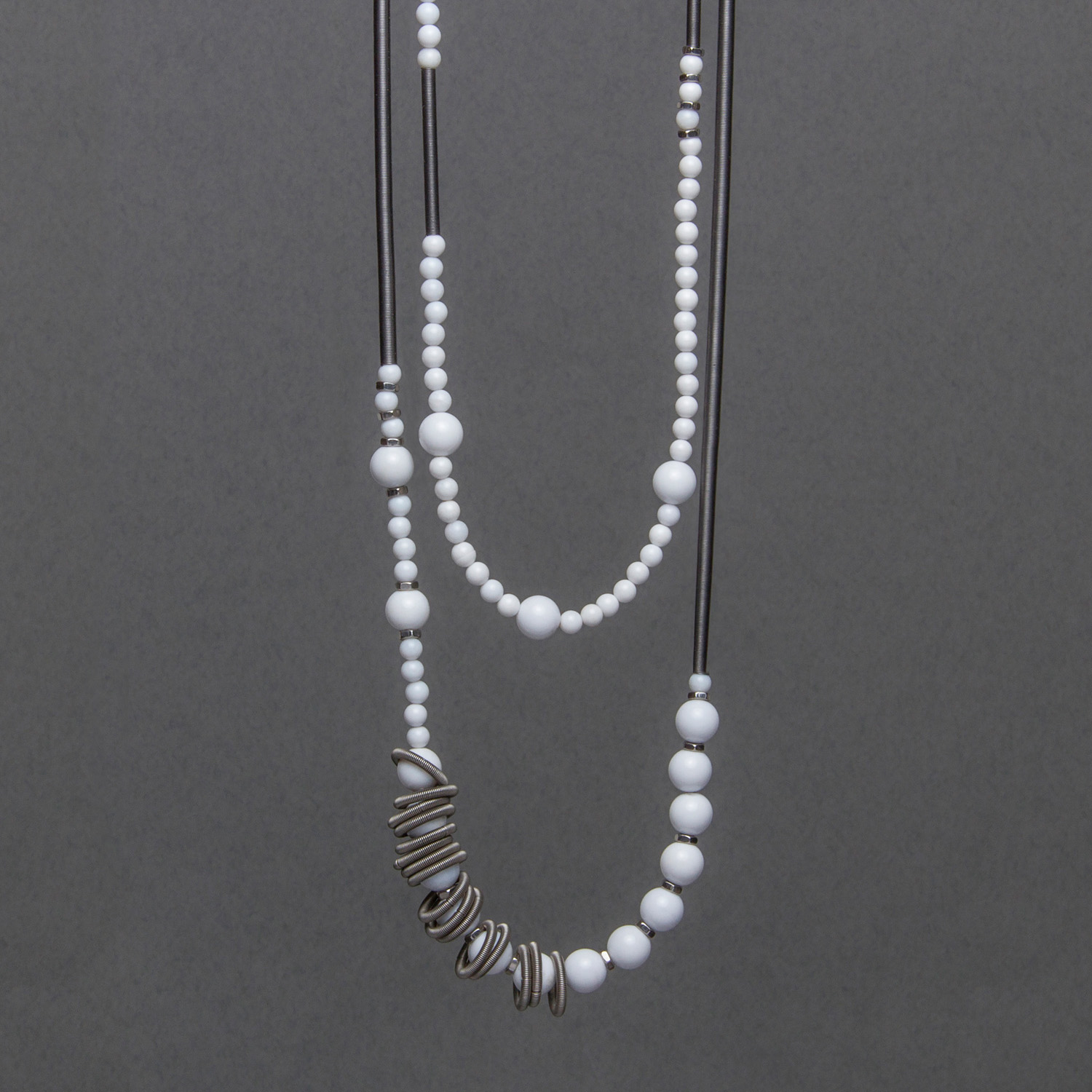