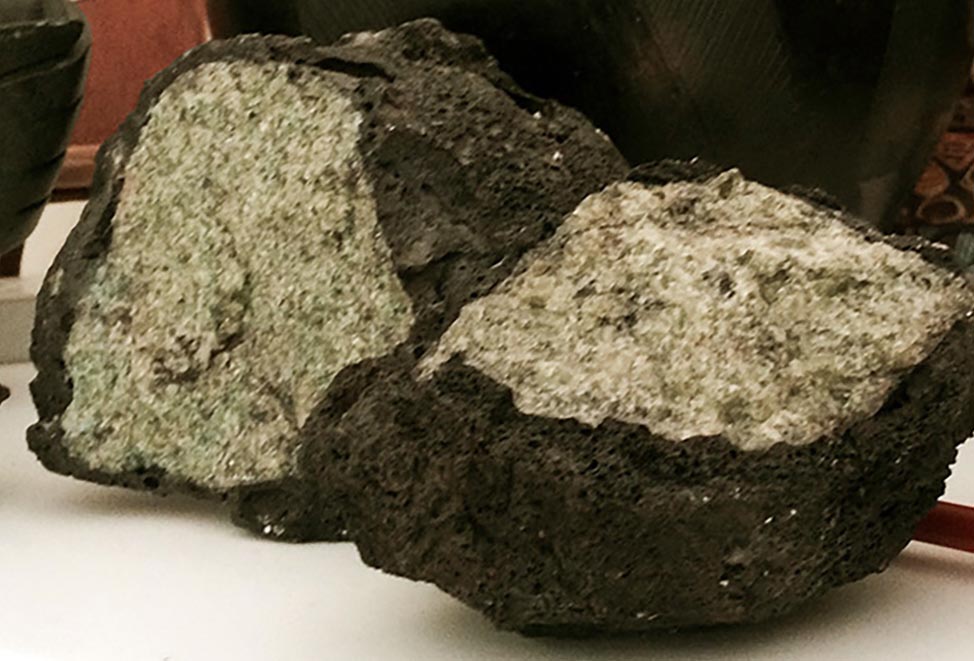 To learn more about how geoscientists classify the variations in volcanic and other igneous rocks, read the blog article A Million Names.

In 2018, all eyes are on the erupting volcanic magmas of Hawaii – rivers, fountains, and vertical plumes – all producing a dark, fine-grained rock known as basalt. Basalts melt in the earth’s mantle and are relatively low in silica – hence they are ‘runny’ or have low viscosity. 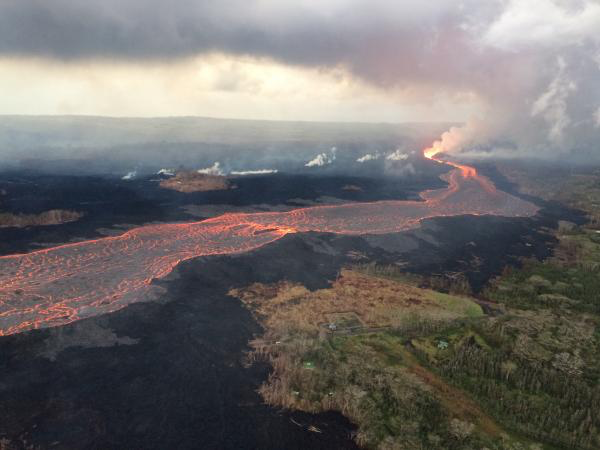 Continued eruption at Fissure 8 feeds the voluminous lava channel to the ocean as seen during an overflight of the lava-flow field.

This igneous rock poured onto the earth’s surface and must have contained considerable gases as their release has left behind numerous holes. During the rocks’s history, waters percolating through this rock filled in the holes with minerals such as quartz (white) or zeolites (the green stuff). The reddish color of this basalt is due to its iron becoming oxidized over time as this basalt is Precambrian in age, at least xxxxx million years old. 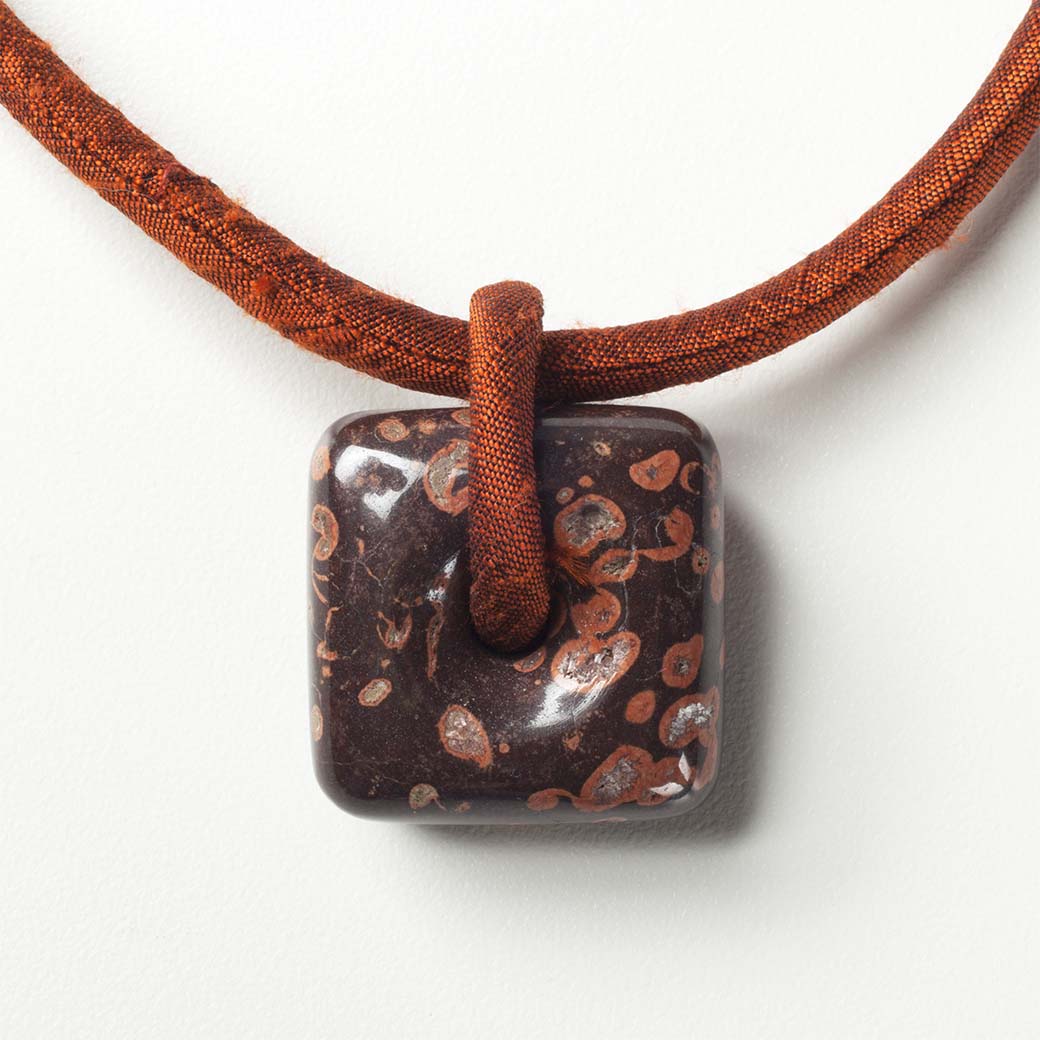 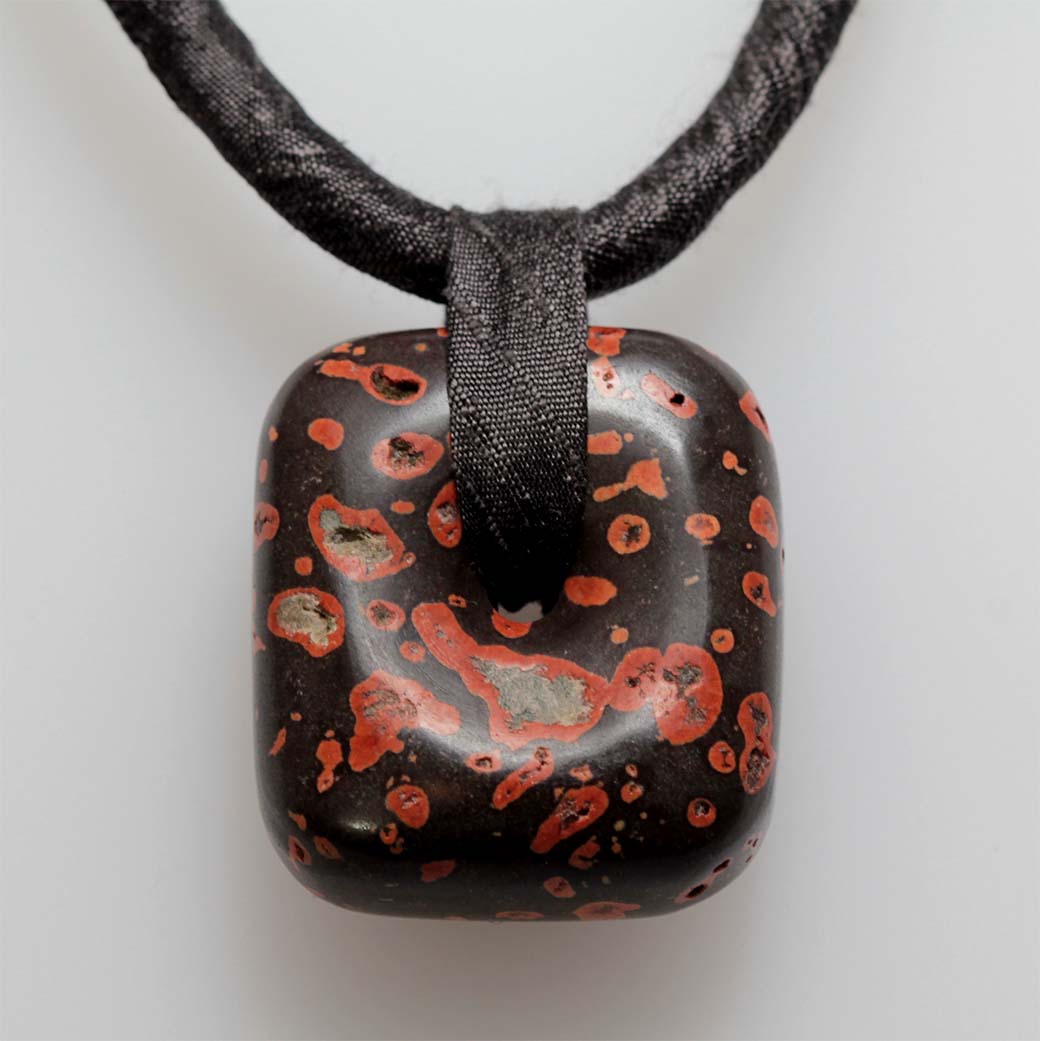