Home » Blog » How do I answer the person who asks me “What does geology have to do with climate change?”

How do I answer the person who asks me “What does geology have to do with climate change?”

The person who asked this question is very smart and very well educated and a real activist on climate change. My first response was ‘Really?’ But then I had to think about this. Not everyone is a geoscientist and certain, we geoscience types don’t always know what is going on across the discipline.

Climate Change is one of the wicked problems. Wicked because of their complexity. Originally it was a policy definition, but I use the word and hear it bantered about among certain people – mainly in geological circles. Rittel and Webble first⁠1 coined the word wicked and characterized a wicked problem by being unique to itself; lacking a definitive formula; no way to determine when a solution has been discovered; there may be better or worse solutions, are long term and can’t be tested, only implementation when trying to solve them, have many explanations, and no list of possible solutions.

And last, my favorite: those who try to solve them are held responsible for their actions. I hardly think in today’s world, anyone wants to be held accountable. Not the way of the early 21st century! 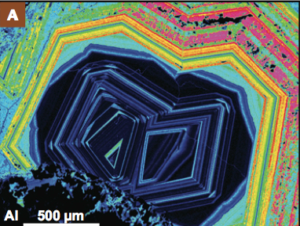 When I list the wicked problems of geoscience – and I almost write geology, for I am a geologist, I realize I need to make clear the difference in geoscience versus geology.  Geoscience encompasses the entire earth system – the air, water, oceans, land, and even the geology of the planets.  Generally, geology is about earth – the land and, of course, the water on and in the land masses.  Atmospheric scientists are geoscientists who study the air – and its relationship with the water, and land.  Oceanographers geology have to do with climate change – I would divvy up my response to show the main issues facing each of these subdisciplines of geoscience.  And if I keep on listing – and drawing little lines between and among the topics – it gets so complicated – the relationships so dense – that I go away for a few minutes to clear my head from the wicked nature.

For more answers to this question, you will have to wait for my book.